How To Make Taper Fade Haircut 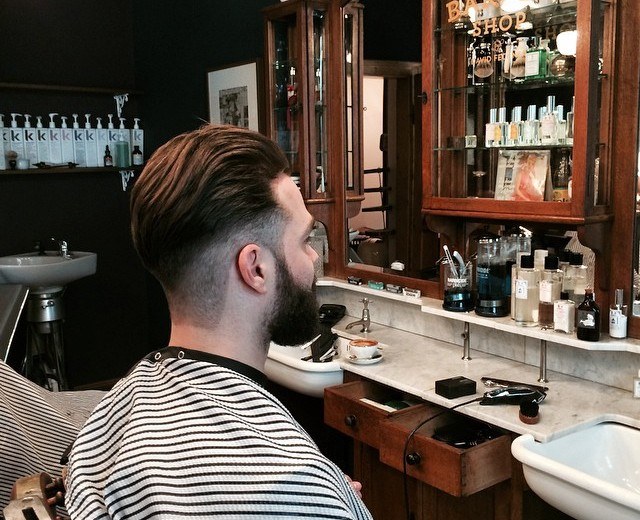 In modern world, a lot of hairstyles have made their way to give a smart look to men. Some old styles are there and some new have been added this year also. They are quite popular and gaining the attention of men due to the smart look they owe. This year, pompadour is the most popular haircut but not to forget some of the other styles like the undercut, slicked back hair and taper fade haircut. Plus, the beard also adds to the whole personality of men. So let’s study taper fade haircut today in detail:

Fade haircuts, as the name suggests, are exactly what they sound like. Having a fade haircut means that your hair becomes shorter as they goes from one point to the another point. In fade haircut, the hair is more at the front and less at the back. In fade cuts, the fading is done from front to back. It is quite a popular hairstyle in men as it looks funky and cool. But this is not mandatory at all. Women can also carry this haircut but they must have short hair to get smart and exact faded look.

Some men start the fading from the middle and end it on the sides. It implies that around the sides of your head, you got to have short hair and in the front middle, more hair is founds. Head over to a salon or barber and get your hair cut the way you exactly want. You can carry a picture of celebrity who has the same taper fade style to get the same look. If you don’t have any picture, make a sketch of the style you want and show it to the barber or in salon. Get this cool hairstyle to look smart and funky.

The best part of these faded haircuts is that when the hair grows at the back, even then the hair looks nice. The style in which your hair has been cut, the new growth will come in that way only. But the difference will be in the length and amount of hair that will grow.

Taper fade haircut is a perfect cut for those who want to carry short hair or military cut. Plus, taper haircut gives professional and neat look. You must have heard about “high and tight” haircut where the top hair are quite short with almost no hair on the sides and back neck.

Taper fade haircut is not a single haircut; rather it is a combination of two i.e. taper and fade.

Both these taper and fade are used to give a nice style i.e. short hair on the back which beautifully get tapered down in a defined and clean manner to the back neck.

The hair goes to the back till the bottom of the neck and gets cut from one side to another in a straight line. Fading goes to the upward direction from the ears for good length of hair.

Almost all the taper fade haircuts have the same feature with little modifications. Two types of faded haircuts are Philly fade and Brooklyn fade. In both the haircuts, the fade starts from the longer hair and radiates down to the sides with very short hair. It is actually called fading away because there is more hair in the starting which gets lessen down while going to the sides. Taper fade haircuts are also known as bowl cut and it actually resembles the bowl shape. Usually, taper starts at the back neck and go to the sides while getting tapered downwards.

To carry a stylish and elegant look, you must combine taper and fade cut together as it will look amazing. Both taper and fade are combined together to make one single unit. On the top of the head, the hair is short and becomes shorter while going to the sides. It looks tapered at the bottom and is sharp-looking haircut.

To get proper taper and fade cut, it’s suggested to use highest numbered razor guard. Use clippers and put the razor. Then start cutting hair from sides and back making sure that you cover the whole head giving a nice and smart cut. Once when done with the first pass, change the guard to lowest number from highest and repeat the whole process again. Stop the cutting process when you reach the point where you first start the tapering.

Keep repeating the cuts and swapping the razor guards till you reach the point where the hair is short at the sides and tapered at the bottom. Always stop the cut about 1/8 inch from the previous cut and try cutting in a straight line all over the head. After every cut, don’t forget combing the hair downwards and when reached to the bottom of the taper, stop cutting.

The number of razor guards you used like 3 to 2 to 1 and 0 need to be remembered. It is because, when you will carry taper fade haircut again, you will know that which number gave you the desired fade look. Once done with the cut, rinse your hair with water and comb the hair to see if you get the same look which you wanted for. Plus, you will get to know whether it is suiting you or not. If the final cut doesn’t look uniform and neat, repeat the process to get the desired look.