His smile, devilish blue eyes, enticing cheekbone structure, his style…he’s such a wooer!!! The babe magnet Zac Efron has been lighting up the silver screen since 2006 with the release of “High School Musical.” The really, really good-looking star rules the millions of hearts not only because of his killer smile but also because of the Zac Efron hairstyle that complements his hot looks enough to make ladies swoon over him.

Let’s sneak peak into Zac Efron’s haircuts that are all the rage in 2018. 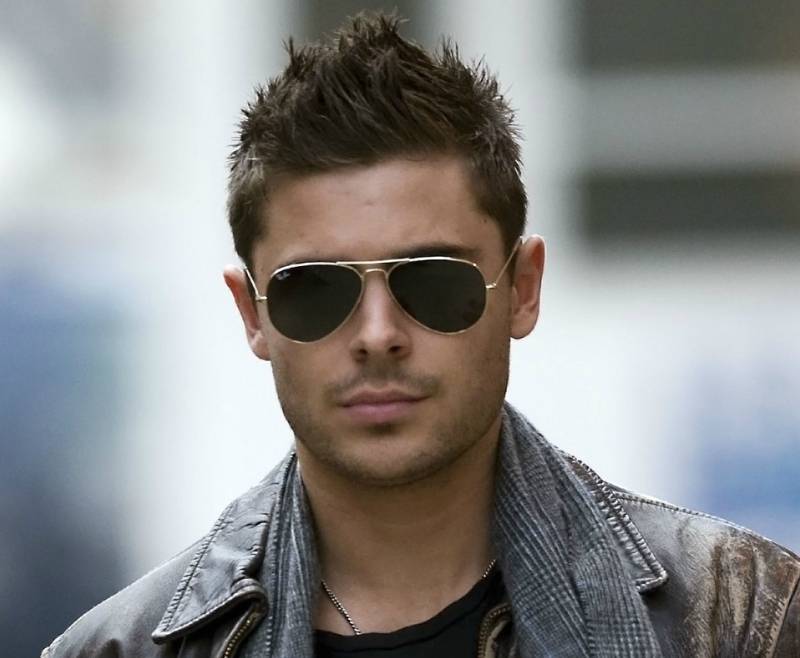 How to achieve: You need a towel, a comb and styling gel. Wash your hair properly and let it get dry partly. Don’t dry hair altogether because dry hair is difficult to style. Apply styling gel on your palm and make your hair stand on the topmost area of your head in a triangular shape in wavelike pattern using your fingers. Comb side hair diagonally for the best effects. 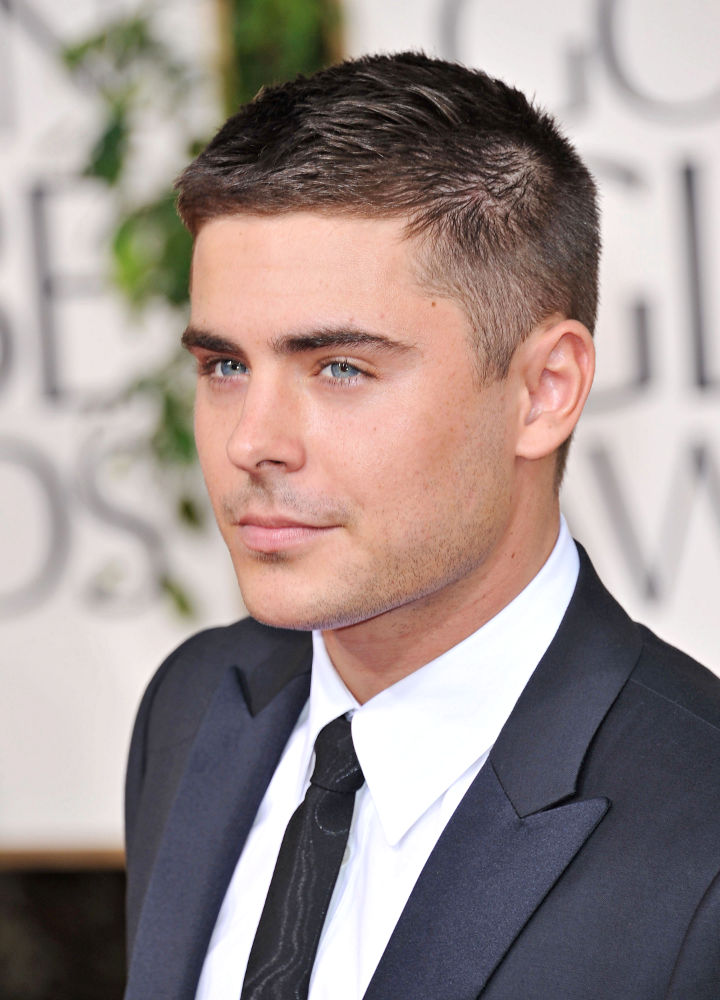 If you are looking for Zac Efron hairstyles that require less maintenance, yet look stylish, go for the Buzz cut, popularly known as the crew cut. The star chopped off his hair to fit into the marine role he played in a movie. The hair on the top of the head is longer than the hair on the sides and back of the head. This Zac Efron haircut needs almost no maintenance except regular trimming to keep up the style for longer. 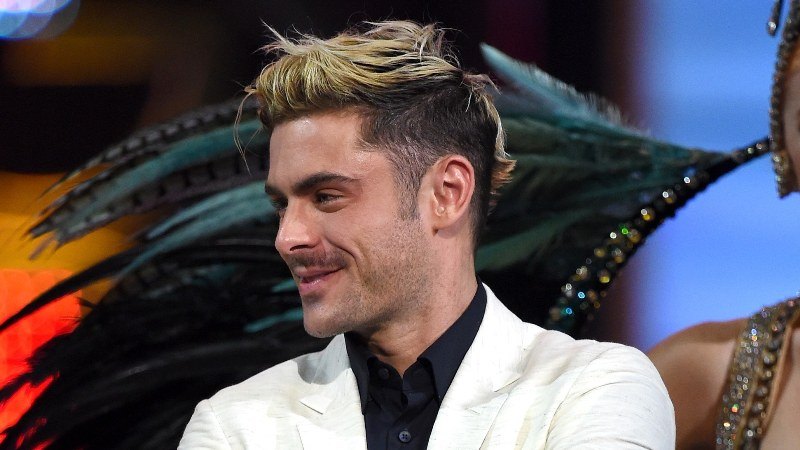 Zac looks bolder in the blazing hot sun with his blonde haircut. Instead of getting his hair all blonde, he opted for dark side hairs and dyed only the messy pompadour.

No one looked this sexy on the red carpet! Side parted and slick Zac Efron hairstyles are nothing less than exceptional making it a great choice for any formal occasion.  Just comb your hair on your sides and top using styling products. You need to undergo regular trimming to make this style last longer. 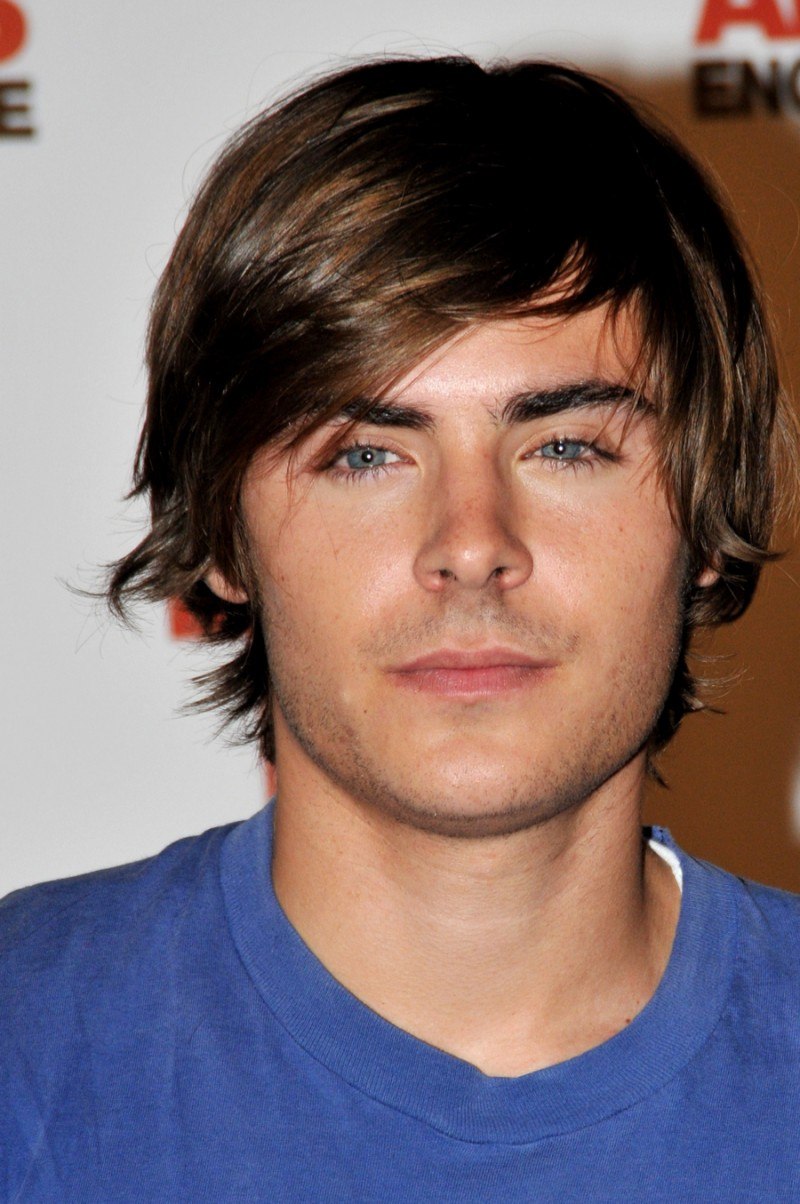 It’s simple to get this look. Apply hair gel or mousse on your hair, straighten them and blow dry your hair from the side and slightly back at the front. Then perform finger-combing to separate layers. 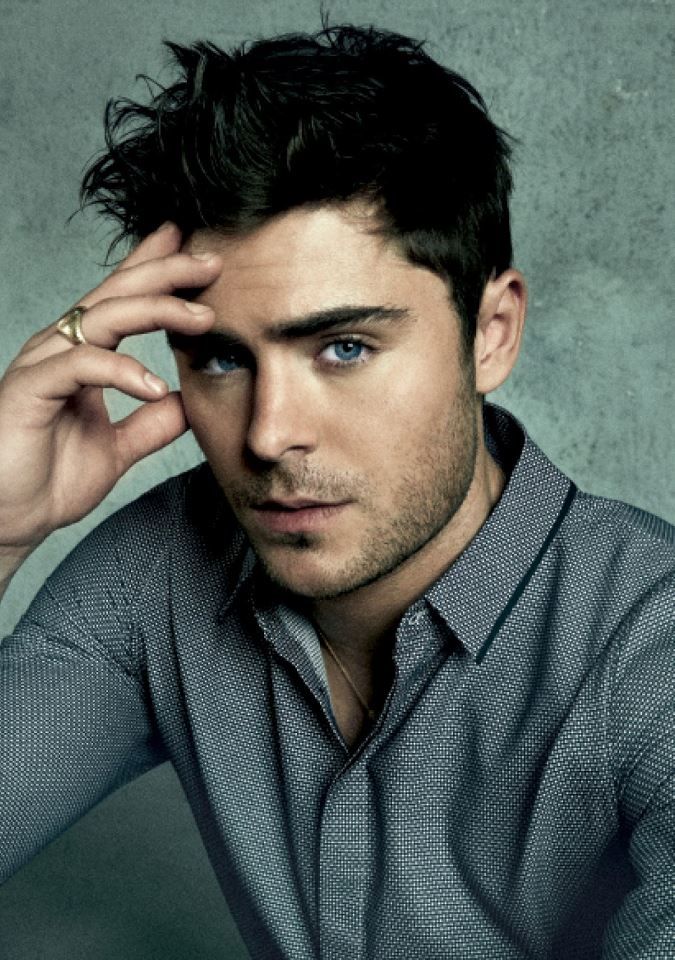 Spikes are probably the sexiest Zac Efron hairstyles. Teamed up with messy spikes, his gracefully shaped face just pops out to become easily noticeable. Spikes demand efforts and regular maintenance. The hair above the forehead is styled in a spiky manner using fingers or comb and a mousse. 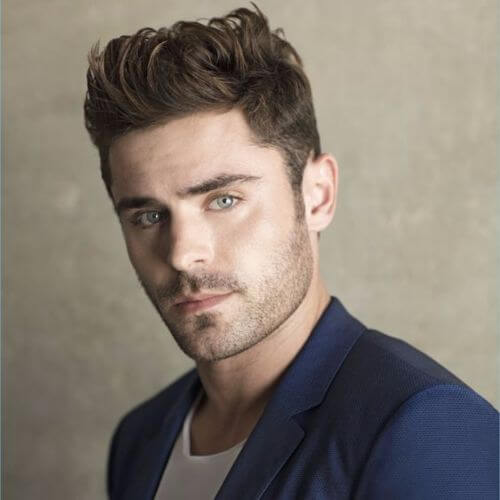 The elevated textured top hairstyle perfectly compliments Zac’s devilish eyes. The star looks cool and hot at the same time making it a popular choice among the youngsters.

Leave it to a Zac Efron hairstyle to be sexy every single time.