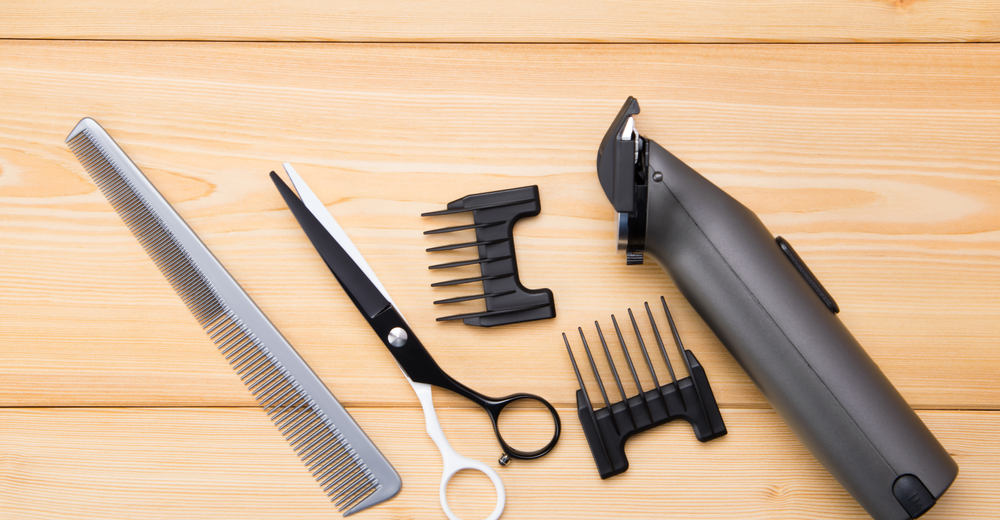 Crew cuts aren't just a "basic haircut." Instead, they are one of the most timeless, yet still sharp and attractive styles of haircuts.

The cut itself is named after a commonly used hairstyle in Ivy League school row teams. The athletes needed to keep the hair out of their faces while still maintaining a professional and suave look, worthy of an Ivy League school. But chances are if you go to a barber and ask for this cut, they will give you something basic and simple. And let's be realistic; who wants that kind of hair anymore? Men's beauty is making a resurgence, and along with it more fashionable and stylistic haircuts.

This cut is one of the most flexible kinds of haircuts, and there are plenty of ways to turn it into something greater. Crew cuts can be turned into a classic, professional style, or a more modern, fashionable style; or even into a flat top. The amazing thing about the crew cut is that it still is in style. Even after all these decades, it remains as one of the most popular and best-looking men's hairstyles.

In this article, we're going to give you styling tips, basic and more interesting styles, bear combination tips, and more on how to turn an average crew cut into a hairstyle you would find in a fashion magazine.

Quick Navigation
What is a Crew Cut?
What to Ask the Barber for?
How to Style a Crew Cut
Military Style
Brushed Up
The Classic
Drop Fade Crew Cut
Crew Cut Blowout
Ivy League
How to Maintain a Crew Cut
Conclusion

What is a Crew Cut? 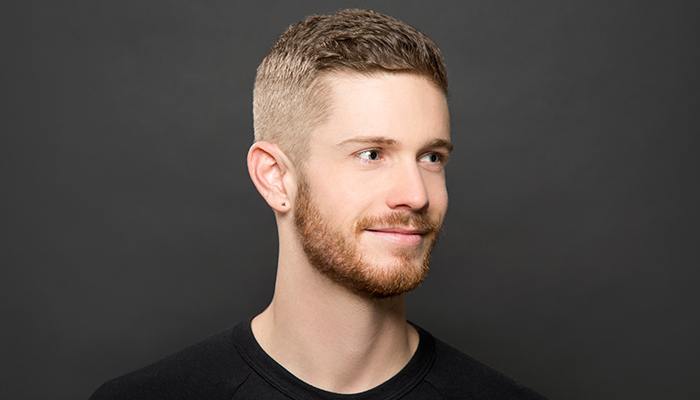 The crew cut is one of the simplest styles of haircuts out there. The idea is to cut the hair short on all sides of the head, to create an even, simple look. Contrary to some opinions, this haircut is not a buzz cut. Your hair should still have around half an inch of length to it on the sides, and longer on the top. Barbers will leave the top with more hair to work with, to style it to the left, right, or however you prefer.

The thing about this cut is that you probably see them all over the place, but don't realize they're a crew cut. The great thing about this haircut is that it's flexible, and the term just refers to the base of the haircut which most people end up customizing how they like.

Lots of athletes and active duty military servicemen get crew cuts. They are easy to maintain, look professional, and fit inside a helmet without getting too tousled. But the crew cut isn't for the hands-on worker only. Plenty of A-List actors get this style of haircut too, and many of them do not bother styling or customizing them too much. They know that the classic look will never go out of style.

What to Ask the Barber for?

As mentioned before, barbers might mistake the term 'Crew Cut' for a buzz cut, and you don't want that. You can ask and describe what you want, but your best shot is to show the barber a picture of the basic style you want. Simply googling this cut will give you a plethora of options for just the basic style. Plus, it's much easier to find a picture of something you want exactly, instead of hoping the barber interprets your description as you want it.

If you're trying to experiment or maybe coming up with your own hairstyle, you're still better off using a picture as a base. Once the barber is established, communicate with your barber fully about how you want to experiment. Again, leaving your hair up to your barber's imagination can be disastrous at times. But, if you're with a barber you trust, don't be afraid to let them play around.

The primary decision when asking for this cut is to determine what you want to length to be like. Crew cuts traditionally keep the top longer than the sides, and the length depends on how much styling freedom you want. The sides are tapered. Some people go for a near-buzz on the sides, while others keep the sides just a half-inch shorter than the top. Longer sides work better with thicker hair, while shorter sides work well with thinner hair.

Crew cuts work well even for more unique hair, like thick, long curls. Wavy hair also meshes well with these cuts, because you will have plenty of styling options. Crew cuts are also a great way to experiment with tapering and fades, to see if you like that style of cut without being too outlandish.

How to Style a Crew Cut

There are several different ways to style a crew cut, considering how versatile it is. It all really depends on what you're looking for.

Styling to the left or the right are both very popular and classic styles. It's also possible to get the top cut short and tight, or maybe longer and messier. One style is to taper the top, keeping the front just a tad longer than the rest. This way you can style a wave at the front.

Depending on how rigid your hair is, you can leave it untouched and let it do its own thing. Or, you can get a short-styled cut, and never have to style it in the first place. Other options include growing it out for a more rustled style, sweeping the top to one side for a modern look, or even going for a flat top style.

The actual process of styling a crew cut works like any other haircut. Blow dryers and brushes are your friends. Product is always helpful, especially depending on how difficult your hair is. If your hair is long, you might have to put more time into styling it, but Crew Cuts work themselves out. Crew Cuts also work very well with beards. Both thicker, longer beards, and thinner, shorter beards will transition nicely into the tapered sides of a crew cut.

Keeping the sideburns and the beginnings of your beard around the jaw the same length is always a classic option. Having a small fade between the two works well too. Shorter beards will always look more professional, so it depends on what kind of appearance you want to present. No matter how you style your cut, it will look fairly business-like. So always cut your beard after you get your hair cut, not the other way around. Trying to style a haircut like this around a beard that only Socrates would wear will end up looking goofy.

Other styles for crew cuts include:

Very short sides and the top, and styled straight forward. 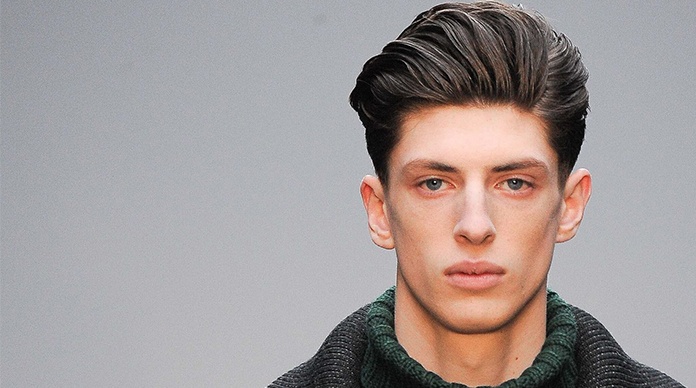 Similar to military-style cuts, but the top is brushed up. 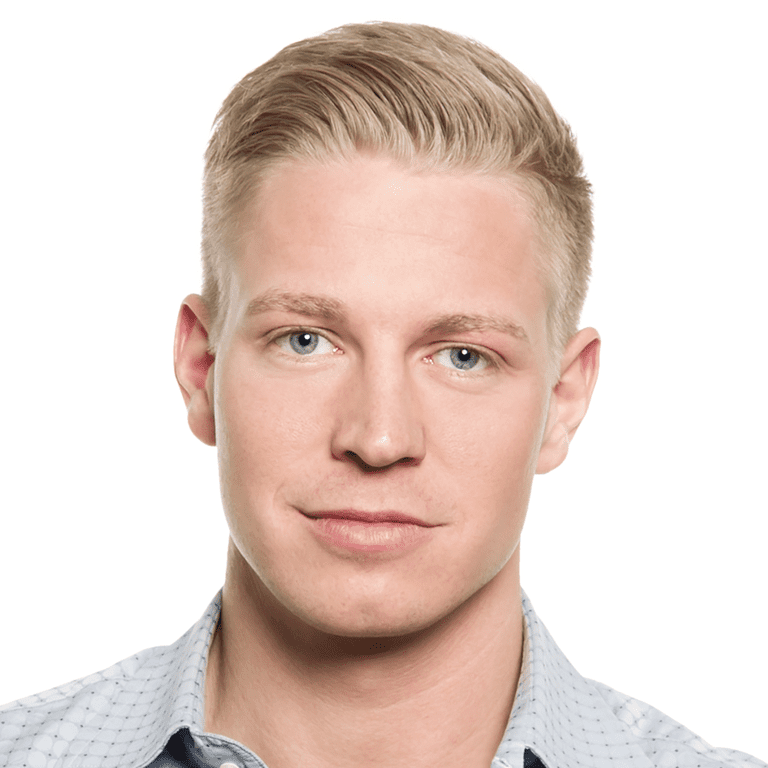 Sharp. This style is cut short on all sides with small leeway on the top. 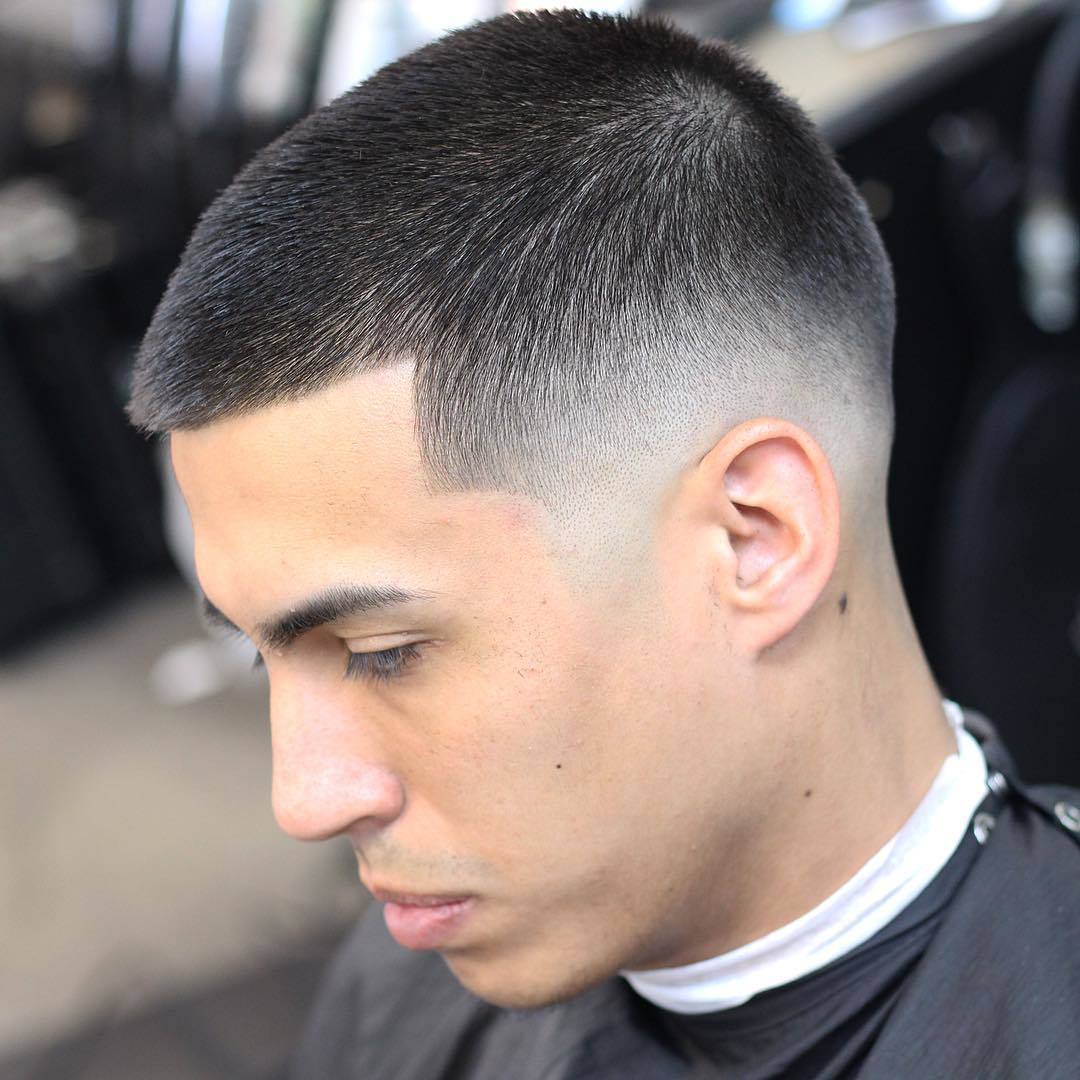 Exactly what it sounds like: a crew cut with a drop fade in the back. 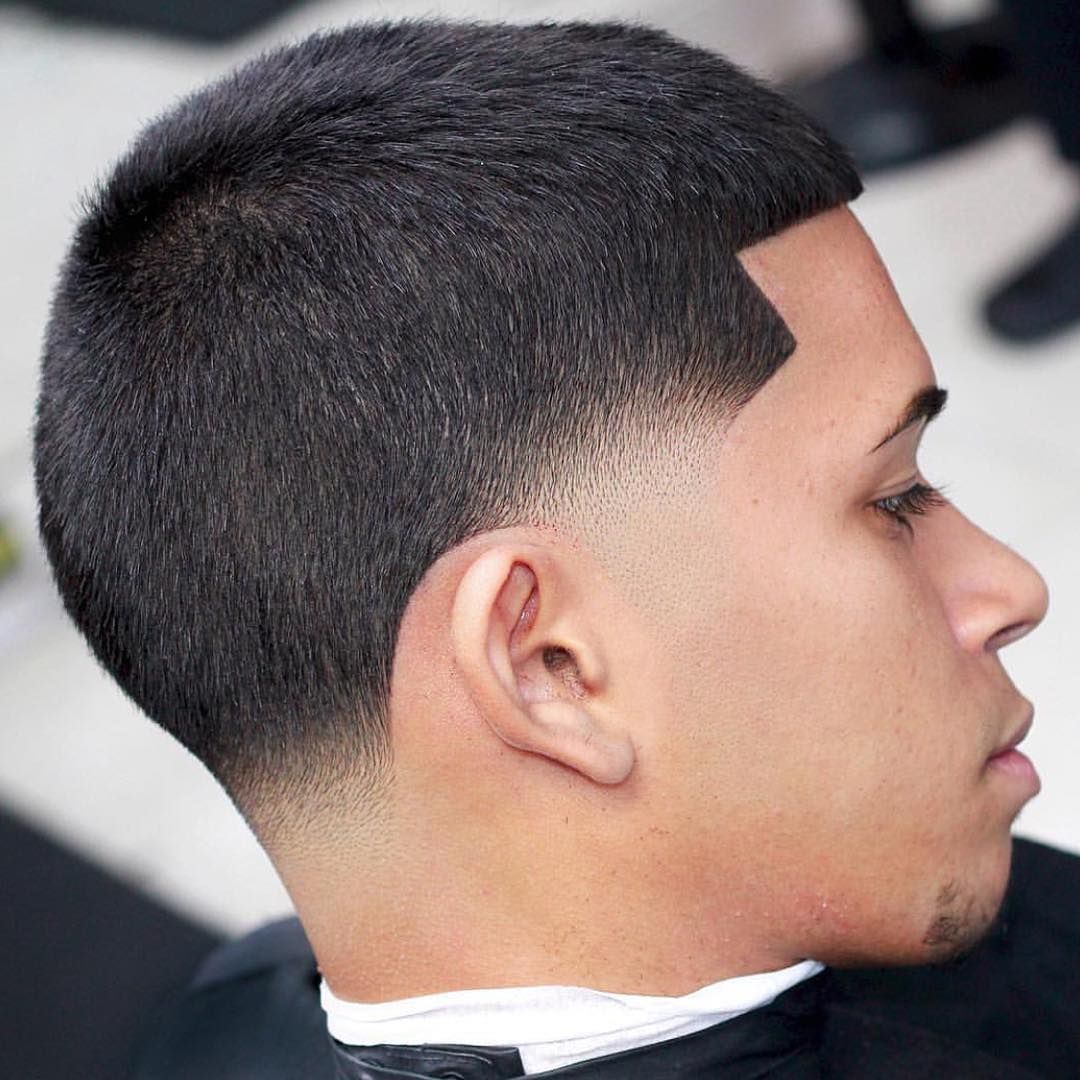 Leave the top with some length and style it pointed up. 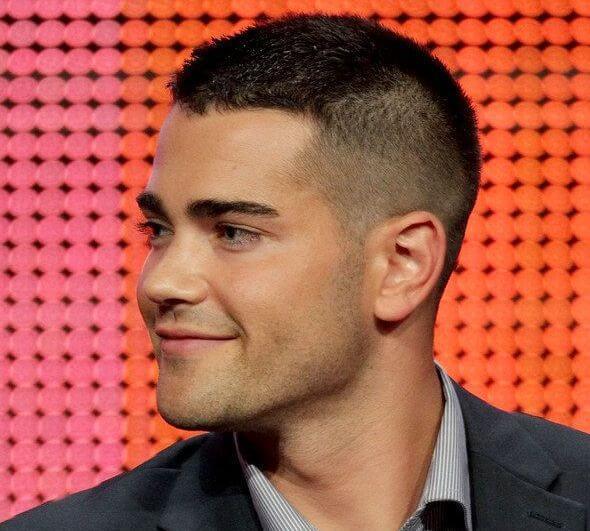 The hair on top is lengthy, while the sides are tapered, but still very thick.

How to Maintain a Crew Cut

Maintaining your own crew cut comes down to how long you're comfortable with your hair being. Keeping the sides short while letting the top continually grow out gives you a lot more options for styling. Keeping it all the same length gives you less styling freedom, but it is much easier to maintain.

Styling products will go a long way with this kind of cut. Maybe you want to start short and then let your hair grow out longer, in which case product will allow you to keep the same kind of look, but at a different length. Most barber shops and salons tend to carry tons of Men's styling products, many of which can be worn throughout the entire day without losing their grip or sheen.

We also advise scheduling regular appointments with your barber, so they can either touch up your haircut, or change it to something else if you so wish.

In conclusion, if you're looking for a haircut that looks good for any type of hair, is highly customizable, and not to mention timeless, then this cut is what you'll want to get next.

Make sure you provide a visual guide to your barber for the most accurate haircut possible. From there, styling and personalization choices are up to you; longer waves, buzzed tapering, a curly mess or a tight, clean look are all up to you. Just remember that these haircuts need to be maintained, so find a barber you like and trust. From there, it should be smooth sailing.